My friend Sylvia’s 90th birthday is just a few days away, but since it is during the same week as Thanksgiving and some in the neighborhood will be away, the hostess made a the decision to have the block party for her tonight. I baked her favorite cake, the German chocolate model using better than Baker’s chocolate offering but the recipe on their package for the cake and the Coconut Pecan Frosting. Then I put to use the single layer Crazy Cake made and frozen a few days ago with some fresh cream cheese frosting and some party sprinkles. It says so much in four words and a number! 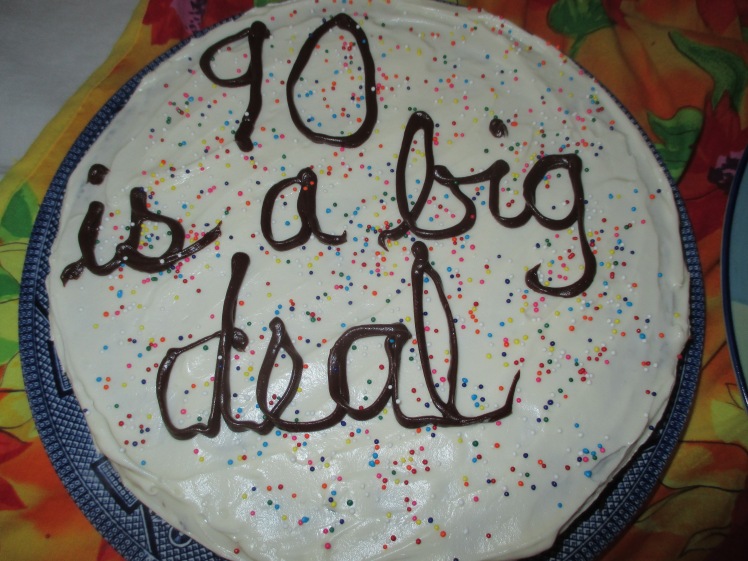 Next week, on her actual birthday, I’m going to make her something else special because I believe there’s importance in the actual anniversary of our births, and also because she is very special to me.