As a baker who doesn’t like to make or eat pie crust but is fond of the fillings which go into the shell, and as I will not be preparing Thanksgiving dinner again this year but am making a couple Dutch apple pies for gifts today, I decided to chop some additional apples and make enough filling that I could have it in a deep dish with the same topping. 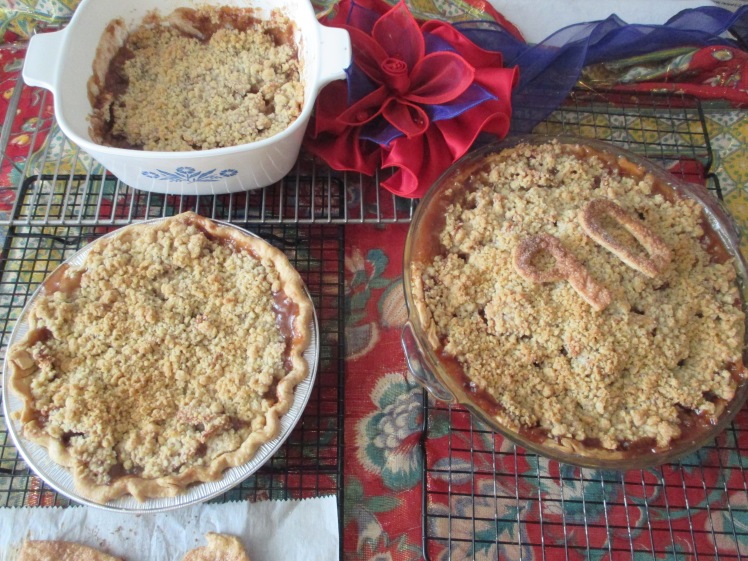 One is for Sylvia’s actual birthday today, the big 90, or, as she said at the pre-birthday party* last Friday, “70 is the new 90.” Oops, other way around, although I feel 90 some days and have just recently hit 70. 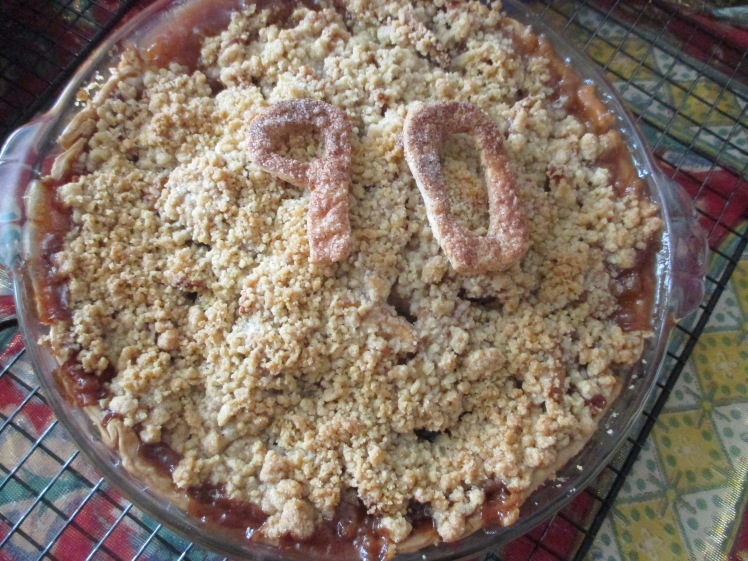 The other is a surprise for another friend who recently had a birthday but was with family in another state on the occasion. (He may share it with his wife if it pleases him to do so, but I hear that apple pie is his favorite and she got the better part of a full-sized cake for her birthday and it’s a smaller pie.)

Did your family baker do this with the little bits of leftover pie dough? A little cream and sprinkle of cinnamon sugar on top, and there’s a decoration and/or a snack.

For those who taste this pie and know that every cook has his/her own recipe for the filling for this most American of pies, even one with a crumbly topping, here is mine for a 9″ pie. I like plenty of cinnamon in my apple pies ‘cuz it’s a spiced pie, not dough filled with plain apples and sugar and negligible cinnamon. Northern Spy and Orange Pippins the best for my pies, but couldn’t find either, so I took the advice of the produce manager and used two other types from the east side of Washington State. Make your own crust for the bottom or, as I do, grab one from the refrigerated section of your grocery store.

One thought on “Who doesn’t like Dutch Spiced Apple Birthday Pie? My recipe.”