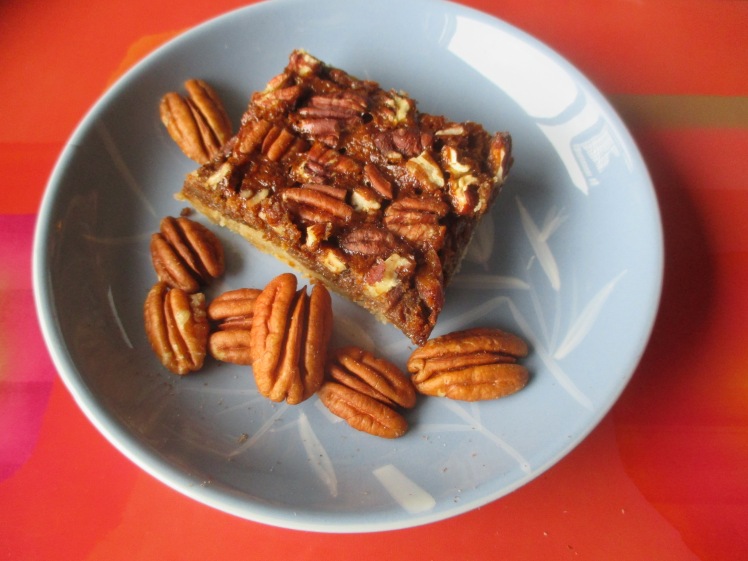 Yep, this is the second cookie idea which I decided to manifest this week.

Years and years ago I found a recipe in a magazine for pecan bars and made them for Christmas goody tins a couple times. They were tasty, but made in a jelly-roll pan. Perhaps readers are acquainted with the fact that those pans, like cookie sheets, will expand and contract in the oven heat and tip to one side, upsetting the distributive balance of whatever is baking. Since the bars were topped with plenty of goopy goo, naturally it oozed to the lowest side of the pan, resulting in some cookies having a thin layer of the topping and some having triple topping. Unfair!

I forgot all about those pecan bars until the Mother’s Day bake and my mother phoned, cooing over the butterscotch coconut bars I’d made and sent her. Hmmm. They’re made in regular cake pan. So I fixed the problem with the earlier recipe, roasted half a bag of pecans and made my own recipe for the gooey goo. They’ve been wrapped and boxed and are on their U.S.P.S. Priority Mail way to Mother for the holiday weekend and her opinion, along with most of the Chocolate Rum Butter Cookies I made yesterday.