I’ve seen Butter Rum flavoring in little flavoring-type jars before and wanted some to test this idea for yet another quick bread, the easy kind, that Trader Joe’s Pancake Bread* acting as a catalyst to new goodies for the third time. I went looking for it at all the major grocery chains in my neighborhood and yesterday when I was at the Town & Country over on Bainbridge Island, the sister store to the Ballard Market. Nope. Rum flavoring of several types, but I already had some of that and was on a hunt for Butter Rum flavoring, nothing else.

Too bad. Couldn’t find it and, as Sylvia said to me a couple days ago, it seems that I have my hands in some kind of dough most days, especially when there’s an idea which I’d like to turn into an object and so it is again.

I went to the recipe for the version of no-rum rum cake popular in my family, changed the no-rum rum sauce ingredients slightly and stirred it up on the stove while the bread itself, with rum flavoring, was baking.

We’ll see what we see after the warm sauce seeps into the hot bread in which I’ve poked holes with a bamboo skewer as soon as it was out of the oven. Maybe it’ll be Butter Rum Quick Bread. Maybe it’ll be pudding. We’ll know in the morning after it cools and sets. 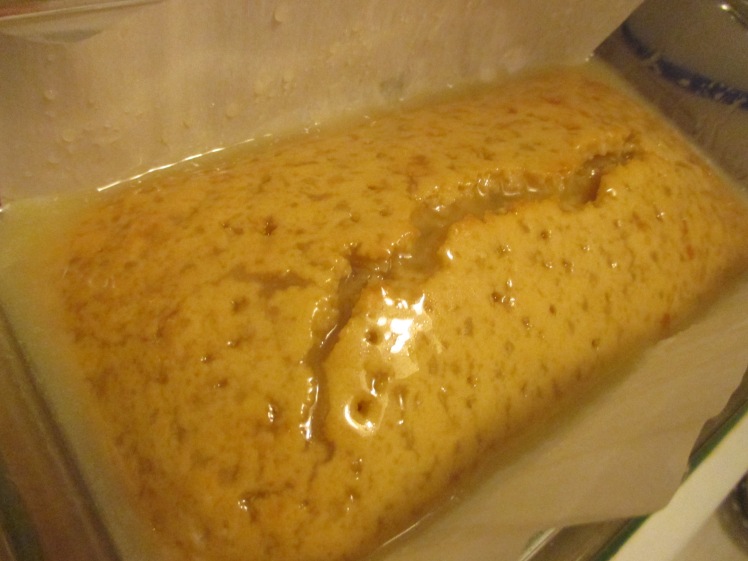 If you want to make the same thing that I just did, trusting that it will be goody whether it be a bread or a pudding, you can use the recipe I put here** leaving out the cinnamon entirely, adding 1/2 teaspoon rum flavoring along with the vanilla to the batter.

For the gooey top, I made too much and you can, too. Put 1/2 cup sugar, 2 tablespoons half-n-half and 1/2 cube of butter into a saucepan over low heat. Stir until butter and sugar melt, then take off heat and add 1 tablespoon of rum flavoring. Don’t boil it! 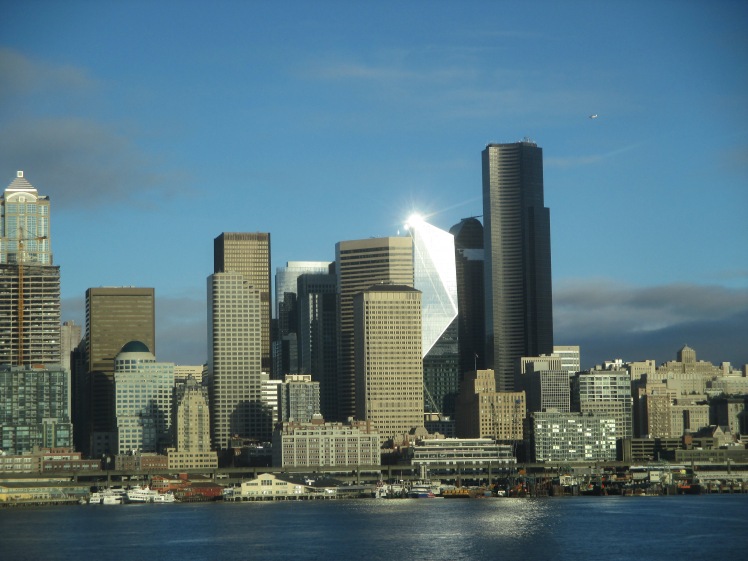 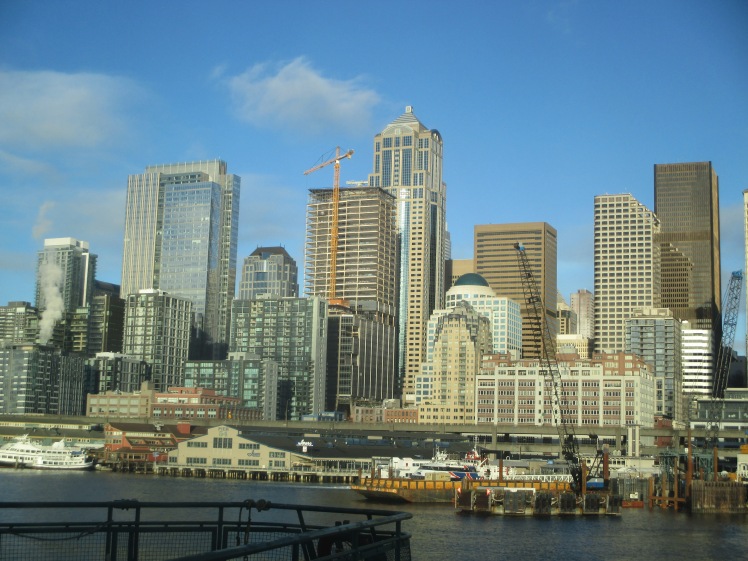 A couple shots from the ferry of a part of the Seattle waterfront, especially Colman Dock cranes, one of which is the biggest on the West Coast. The ferry terminal is currently undergoing a massive rebuild. Enjoy a look at the Alaskan Way Viaduct, too, coming down forever beginning soon. Seattle is changing.

Update:  Well, curiosity won and I didn’t wait for the sauce to fully sink into the bread or even for it to cool before I cut a slice off the end. It’s not rum-cake-delicious, but it’s not terrible and I might make it again sometime if I can find butter rum flavoring (or if my mother remembers that I was going to give it a go and bring her some. I’m going to distract her with a different goody next week since the bread isn’t as exciting as I’d hoped. Perhaps that will work.)