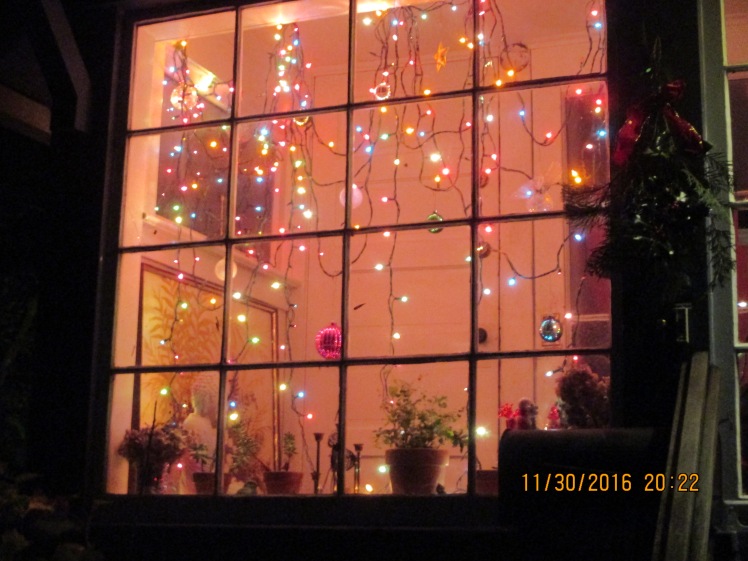 I like sweet potatoes baked plain in the microwave sometimes, but for Thanksgiving and Apple Cup and leftovers, I like the gooey version with butter, brown sugar, walnuts and marshmallows. This year I saw a recipe which included a bit of bourbon, no nuts and no marshmallows, so I decided to try it and it did not appeal to my palate. 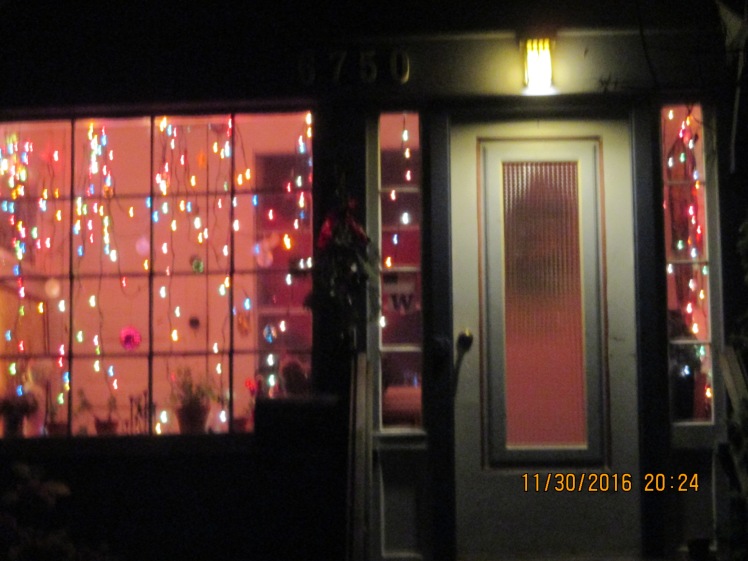 I smashed and froze the leftovers, and yesterday, while Triple Chocolate Mousse Cake and Indian dinner were keeping me plenty busy, I got out the recipe for my Aunt Dorothy’s Whole Wheat Banana Nut Bread* and substituted across the board one bowl of smashed something for the other in the dough, along with the whole grain hard flour from Washington State’s own Bluebird Grain Farms instead of regular whole wheat flour. The result was lovely and unexpectedly light rather than dense. Such substitution is highly recommended with the addition of a bit of cinnamon and nutmeg. Since it worked with Aunt Dorothy’s recipe, it will work with others.

Meanwhile, I had put up some pretty seasonal lights inside looking out, then went outside to take photographs, deliberately blurring one for the effect of light movement. They’re prettier than a photo of a slice of  the bread. Readers can imagine what a slice of bread looks like. No need for a photo of it.

This one from the inside includes a neighbor’s statue. My college football fan self laughed and called him Buddha Baker as I put light all around him. It was fun.