Yesterday I spent a couple hours having cranberry fun, making cranberries into a candy that I call Cranberry Lolly. My process is secret. The not-secret part is that they’re finely chopped. It can be used on Thanksgiving turkey (and is, at my house when I cook the dinner), but it’s purpose is future use in baked goods as it stores for ages in the fridge. When it’s gone, I wish I’d made more. On the other hand, nope.

This is another thrift-store painting that drew me to it at first glance. The artist, Jane Nicolet, or someone who previously owned the painting, dedicated it as a gift to someone else, but I think Jane would be happy that someone appreciates her art. She named it both Cougar Valley and Tiger Valley, both of which are actual places.  It is the figures riding horseback down a snowy hill that speaks to me on Thanksgiving –and other days — of those Native Americans who bore such a great burden in the history of this country. 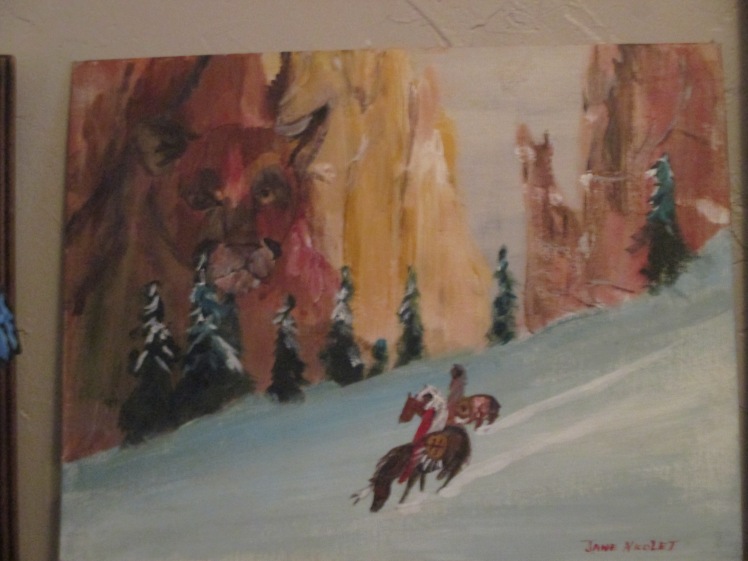 I tried a closeup. It doesn’t work well, but maybe someone can identify the tribe.